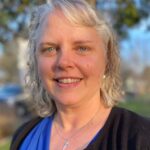 Sharon Barattini has over 30 years of experience in Contract Research Organizations (CRO) supporting pharmaceutical research and aerospace and defense industries. She is currently a Senior Quality and Compliance Specialist at MMS Holdings Inc. She holds a Bachelor of Science in Chemistry from the State University of New York (SUNY) College at Oswego.

Barattini has supported bioanalytical method development, validation, and analysis using mass spectrometry. She has over 25 years of experience in Quality Assurance and Quality Control of studies under GLP, GCLP, and GMP requirements. In addition, she has served as an SME in training, Document Control, and QMS development initiatives. 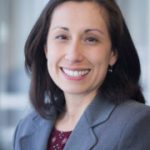 Dr. Teresa Ceseña has over 10 years of pharmaceutical writing experience, and now leads the medical writing department as Senior manager of medical and regulatory writing since 2009. The medical writing team has grown significantly, and one of her key responsibilities has been to ensure that onboarding, training and mentoring continue to maintain high levels of quality. Before coming to MMS, she had also taught at the university level.

In addition, she has successfully led multiple and complex regulatory writing documents, and that experience has been applied in the MMS training programs. Her document repertoire includes, but is not limited to: 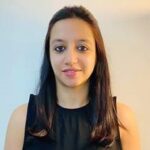 Pallavi Dua has over 13 years of Industry experience in Case Management (Global Clinical Trial and Post Marketing) experience in the healthcare and Pharmacovigilance domain. She currently works as a Senior Manager for the Pharmacovigilance operation Team at MMS Holdings Inc. She holds a Bachelor of Dental Surgery from B R Ambedkar University, Agra, and completed a Diploma course in Clinical Research. 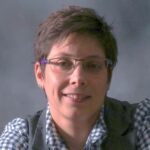 Monique Goldblatt has worked as a Medical Writer in the pharmaceutical industry for 13 years, working in several Clinical Research Organizations and a Pharmaceutical Company. She is involved in many initiatives within MMS and enjoys sharing her knowledge that she has gained during her career. She continues to develop her skills in the industry by ensuring that each project is a challenge better than the previous one. 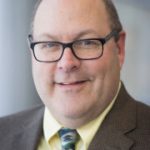 Chris Hurley has worked in the industry since 1990, starting as a contract SAS programmer in the Clinical Data Management department at Warner Lambert/Parke-Davis, which later was acquired by Pfizer. At Pfizer, Chris moved to Clinical Reporting Systems where he worked on statistical programming and data standards projects.

In 2007, Chris started working on the CRO side of the business where he spent three years at i3 Statprobe, in Ann Arbor. Since 2010, Chris has been manager of Clinical Programming and Biostatisticians at MMS Holdings Inc., Canton, Michigan, USA. Chris has supported many statistical programming projects at major pharmaceutical companies. Chris has also provided leadership support as was evident when he was assigned to help develop a data anonymization solution for a major pharma company. Together, with a small team from the sponsor and MMS Holdings, Chris helped develop global standards, SOPs, software and validation for this important initiative.

Chris started volunteering for PHUSE in 2013 as a co-chair for a Single Day Event (SDE). In 2014, Chris stepped up to contribute as US Events Project Co-Lead where he helped plan and organize all US PHUSE SDEs. In 2015, Chris was added to the PHUSE Board as Director of US Events. In 2016, Chris assumed more responsibilities on the board in his current role as PHUSE Americas Director. 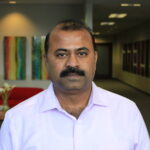 Senthil Kumar is a Senior Manager in the Department of Statistical Programming at MMS. He obtained his MBA from Sathyabama University, Chennai and his BE from Bharathidasan University, Trichy. He has over 14 years of professional experience, including central nervous system, cardiovascular, Psoriasis, Major Depressive Disorder, SDTM, ADAM & TFL programming. His area of expertise is in NDA submission, and he has contributed as a programmer, reviewer, SME, and trainer in the various stages of his career. Kumar has been actively involved in recruitment, onboarding, training, resourcing, project management, and line management of staff. 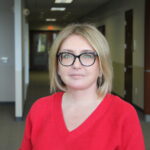 Margaryta Mare is a Medical Director in Drug Safety and Pharmacovigilance at MMS in South Africa. She had over nine years of clinical experience as an MD before moving to clinical research in 2005. Mare has more than 15 years of experience in pharmacovigilance and medical affairs. In addition, she has worked with a cross-functional team and controlled entire medical monitoring and pharmacovigilance services in more than 50 international clinical trials. Mare also holds an MD from Kharkiv National Medical University. 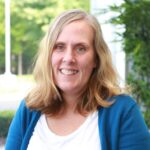 Kasim McLain is Manager of Transparency at MMS and has worked in the area of Transparency for more than 10 years.  Kasim has managed all aspects of clinical trial disclosures at both Sponsor companies and CROs and is now helping Sponsors produce quality deliverables, understand industry best practices, and develop their processes and procedures. Kasim is passionate about Transparency and values returning clinical trial data to trial participants so that they can make informed decisions regarding their healthcare. She enjoys mentoring and sharing her knowledge with colleagues new to the space. 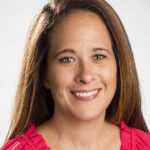 Jennifer Perrin has over 20 years of experience in regulated industries such as pharmaceuticals, medical devices, and Active Pharmaceutical Ingredient (API) manufacturing. Jennifer is a Manager of the Quality and Compliance Team at MMS Holdings Inc., and she holds a Bachelor of Science in Psychology from Cleveland State University. 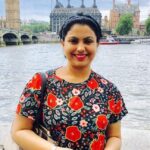 Tejaswini Ravindranath currently works as a Senior Medical Writer at MMS Holdings Inc and has over seven years of experience in scientific, medical, and regulatory writing for the Clinical Research and Pharmaceutical industries. She holds a Master of Science in Biotechnology from Kuvempu University and a Bachelor of Science in Biology (Zoology) from Mount Carmel College Bangalore. In addition, she has completed a PG Diploma course in Clinical Research from ICBIO, Bangalore. 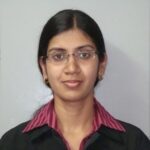 Susmita Sahu has over 12 years of experience in scientific, medical, and regulatory writing for the clinical research and pharmaceutical industries and is a Senior Manager of medical writing at MMS Holdings Inc. She holds a Master of Science in Biotechnology from Bangalore University and a Bachelor of Science in Biology (Zoology) from Utkal University. 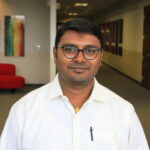 He has performed extensive SAS programming activities throughout his career to support both study and submission level tasks, including utilization and application of SDTM and ADaM CDISC standards. Satyavarapu has worked on various therapeutics such as CNS, Dermatology, Ophthalmology, and Rheumatology throughout his career. Satyavarapu has contributed to programming standards to maximize efficiencies, which included the development of global macros. He holds a PGCRCDM (Post Graduation in Clinical Research and Clinical Data Management) from Goa University. 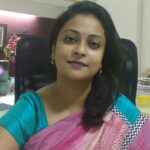 Dr. Arunima Sen is the Director of Pharmacovigilance and medical writing for MMS, India. She is an MD by qualification, a certified MedDRA coder, and has over 15 years of experience as a Pharmaceutical Physician.  Prior to MMS, she was associated with AstraZeneca Pharmaceuticals and served as a clinical trainer in Kasturba Medical College, Manipal, Karnataka.

At MMS, Dr. Sen has trained and mentored Pharmacovigilance colleagues through the years and led and contributed to various successful projects globally across different safety writing documents, aggregate reports, medical coding, safety surveillance, among others. 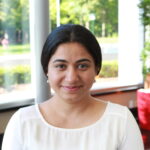 Kavita Verma is a Senior Transparency Lead at MMS Holdings with over 14 years of experience working in the pharmaceutical industry, operating as a regulatory lead, managing outsourced business to CROs, and working within CROs handling multiple clients. In her role at MMS, Kavita has managed clinical trial disclosure on global registries and data transparency under various global regulations. She appreciates that regulations are the key to enforcing transparency and enjoys the challenges that come with interpreting newer global regulations and implementing processes to comply with them. Kavita enjoys sharing her knowledge of transparency and learning from others. 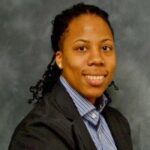 Amina Wofford has over 10 years of scientific and regulatory writing experience as a graduate student, post-doctoral fellow, and Medical Writer. Dr. Wofford is a Medical Writer at MMS Holdings Inc. She holds a Bachelor of Science in Biology from Tuskegee University, a Master of Science in Human Environmental Sciences from The University of Alabama, and a Doctorate of Philosophy in Integrative Bioscience from Tuskegee University. 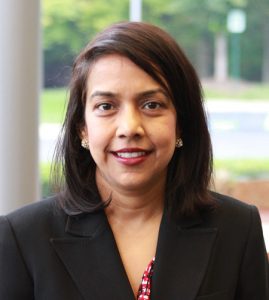 “Our goal is to provide a real-world, credible and reliable learning experience that allows students to gain subject matter expertise and to strengthen their skill sets to become more competitive in their chosen field of work.”